Alright Toronto, it's that time of year where you need to start planning your fringe shows and so I decided to throw in my two cents! I've compiled a list of shows that you NEED to check out! Of course, there are plenty of amazing shows out there that I haven't included so check-out the Fringe website here for a list of ALL available shows.

Here are the top 6 shows I'm looking forward to seeing!

1. Shirley Gnome: Taking it up the notch

I was lucky enough to be brought to this show when I was performing at the Adelaide Fringe Festival this past March and I may have peed my pants with laughter. I also may have laugh-spit on the stranger in front of me and blamed it on my friend...anyway.  If you enjoy the idea of a hilarious woman singing explicit and incredibly accurate songs about life, sex, and whatever else with a voice so stunning that it makes angels cry with joy then this show needs to be on your list.

This internationally acclaimed multi-award winner delivers smart, explicit, dark, uninhibited and silly songs about sex and human nature. Heralded as the 'queen troubadour of intelligent black comic sex balladry" (Edmonton Journal), this is her Toronto Fringe debut. She was recently signed to 604 Records, Canada's largest independent record label. You may have heard her on Dan Savage's wildly popular podcast The Savage Lovecast. See for yourself why she's sold out shows across North America, Australia, and the UK. Not for the prudish or faint of heart. Fans of Garfunkel and Oats and Tenacious D, get ready to be taken to the next level.★★★★★ 'The Voice of a Goddess' - Three Weeks, Edinburgh Fringe ★★★★ 'Hilarious' -CBC, Winnipeg Fringe★★★★★ 'One of the best musical comedians I've seen" - The Australia Times, Melbourne Int'l Comedy Festival

I had the pleasure of seeing Butt Kapinsky in Adelaide and I was absolutely blown away. The incredibly talented Deanna Fleyshe leads and weaves audience to help solve a murder with the help of private eye Butt Kapinsky.

I thought about giving away some hints about what happened in this show but decided against it. Mostly because it changes every night. You'll have to read the description below or better yet, join me in seeing the show. Seriously, do it.

Think it's a solo show? Think again. A new kind of comedy when you think you've seen it all. Private eye Butt Kapinski invites you to co-star in a murder mystery, and it's a worldwide sensation! BEST COMEDY, Perth Fringeworld 2017. Comedy and Innovation Awards, Adelaide Fringe 2016 and 2017. BEST OF FEST: Edmonton, Calgary, Orlando, Hollywood. "★★★★ An absolute joy for the already perverted." "★★★★★ The kind of make-believe joy rarely encountered since childhood." "★★★★★ Calling this a one-woman show is like calling Wayne Gretsky a hockey player." ADULTS ONLY.

FEMINIST THEATRE?! What-what! Yassss. This show has too many incredible artists not to be one to watch. And let's be honest, who can say no to some sweet feminist theatre? Not me! That's for sure! I can't wait to check out the reimagining of these badass artists! Check out details below.

Bitch. Slut. Cock-tease. Skank. Dragon Lady. Cougar. Ball Buster. Chick. Shrew. Ice Queen. Nag. Hag. Jailbait. Whore. Harlot. Cunt. Tart. Gold Digger. Pussy. Bombshell. Diva. Man Hater. Bossy. Witch. Twat. Battleaxe. Nasty. Nasty. Nasty.  Thirteen performers take on some of history’s most diabolical women. Sugar and spice, but not always nice, Nasty unleashes the vengeance, wrath, lust, power, violence, sex, and desire which has been bridled or condemned through the ages.  Through sinuous choreographies and lush pastiches of voice and text, this chorus of devisers explores what lies at the core of these abominable women of history, myth, and legend. Their facts and fictions emerge to confront the lies and speak the truths denied to them by the men who wrote their stories.  These women’s words will be raised by an ensemble of cantankerous hellraisers. Nasty is an immolation. A celebration. A declaration. An incantation. An instruction. A call to action. We are anonymous no longer. We are silent, obedient, ornamented, idolized, infantilized, used and abused no more. We. Are. Nasty. Are you?  director: Rosanna Saracino created by + starring: Uche Ama, Kit Boulter, Joella Crichton, Nickeshia Garrick, Annelise Hawrylak, Maighdlin Mahoney, Tea Nguyen, Nikolas Nikita, Denise Norman, Jordi O’Dael, Sofia Rodriguez, Heath V. Salazar, Shai Tannyan

4.  Hands Down By Warren P. Sonoda

Now I don't know much about this show to be honest. But I do know the incredible Lauren Vanderbrook (as well as I recognize many of the other names in this show) so obviously Hands Down makes my list. I'm excited to see what this creative (and ridiculously talented) group has to show us.

HANDS DOWN - TORONTO FRINGE FESTIVAL 2017! - From the director of Trailer Park Boys, This Hour has 22 Minutes & Odd Squad comes a new, twisted comedy about ambition, endurance and finding out what really matters... after holding onto a car for 100 hours.

The first time I saw Sam Mullins perform was at The Next Stage Festival a couple years ago with his show "The Untitled Sam Mullins Project" and I was so impressed by how heartfelt, talented, and sweet he was as a performer.  This man has a gift for captivating audiences with his incredible storytelling skills. Therefore, Mr. Mullins made my top 6!

After an unfortunate (some would say ‘cursed’) run at the Toronto Fringe in 2013 that included not being in the program (due to being a late addition), and losing a performance (due to the great flood of 2013), Sam Mullins (This American Life, The Moth) is THRILLED to be finally bringing back his Canadian-Comedy-Award-Winning show “Weaksauce” for another kick at the Toronto Fringe can. Weaksauce is the story of the summer Sam turned 16 — and it was a real summer of firsts: First time away from home, first summer job, first love, first love triangle, first sexual experience, first fist fight with a primate... y’know. Regular becoming-a-man type stuff.

Last but not least, I'm excited for Recall. I'm a sucker for sci-fi.

This production has a killer team both on and off-stage and I, for one, can't wait to check it out.

Check it out below!

That's all from me, folks! HAPPY FRINGING!!!!

Be sure to never miss a blog post by subscribing to Laurel Brady's blog here! 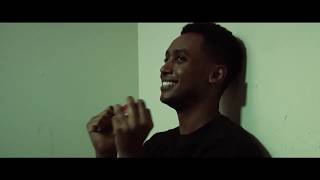 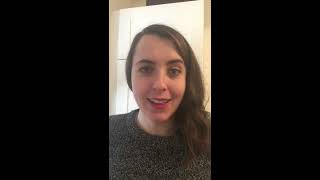 How To View Challenges In A New Way